In a Tuesday order, Los Angeles Supreme Court judge Ann Jones appointed Paul Kiesel of Kiesel Law in Beverly Hills, California and Mark Robinson of Robinson Calcagnie in Newport Beach, California to be co-leads for the "private plaintiffs" or individuals with health claims in litigation that have been coordinated through a coordinated Judicial Council process, California equivalent to multi-district litigation. She also appointed two lawyers representing public institutions such as school districts: John Fiske, a San Diego shareholder at Baron & Budd, and Rahul Ravipudi, partner at Panish Shea & Boyle in Los Angeles, who filed Los Angeles Unified on behalf of the lawsuit School District and San Diego Unified School District.

The appointments are separate from the multidistrict litigation before a federal court in San Francisco, where 21 lawyers have brought more than 300 lawsuits against Juul. The team's lawyers in Los Angeles predicted that there could be thousands of cases against San Francisco juul before California courts.

"I think the size of the JCCP will likely be a multiple. I can't tell you if there are three or five or ten or more of what will happen in the MDL, but the vast majority of the personal injuries can be with us in Los Angeles, "said Kiesel, adding that the existing 98 lawsuits are hundreds of plaintiffs. "I think it will be much larger than the MDL."

He said the expected growth was largely due to lawsuits from public institutions, which could include school districts in other states.

At a hearing on January 28, Jones said she was interested in a “joint first discovery” that would make the trial “operational”.

"I wouldn't foresee any significant delay," she said.

Juul is under attack because he markets his products to children and as a safer alternative to tobacco cigarettes. The U.S. Food and Drug Administration announced a partial ban on flavored e-cigarettes that came into force this month. That month, the states of Massachusetts and Pennsylvania sued Juul, joining Illinois, California, Minnesota, New York, and North Carolina.

Tuesday's order came in lawsuits from people with health claims and public institutions. Appointments included two liaison lawyers, Ray Boucher from Boucher LLP and Thomas Girardi from Girardi Keese, both from Los Angeles. This included Barrett Beasley of Salim-Beasley in Natchitoches, Louisiana, who joined Kiesel and Robinson on an executive committee and was one of eleven members of a steering committee. 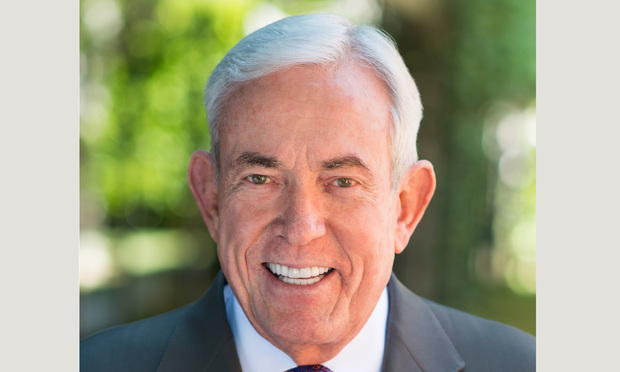 The Steering Committee included Houston lawyers Rick Meadow from The Lanier Law Firm. Robert Binstock from Reich & Binstock; and Adam Pulaski from Pulaski Kherkher, whose colleague Leslie LaMacchia is one of two liaison officers between the federal and state governments in the MDL.

Also included were William Levin from Levin Simes Abrams in San Francisco and Dan Robinson from Robinson Calcagnie, both of whom served as liaison officers to the MDL.

Here were the other members of the steering committee:

LA County Voters To Resolve Whether or not To Earmark Over $360M Yearly To...